The Young Bucks beat Jon Moxley and Eddie Kingston at Double or Nothing on Sunday night to retain the AEW World Tag Team Championships.

Multiple superkicks weren’t enough to keep Moxley down as he kicked out at one after the Bucks made the pinfall.

No quit in Mox. #AEWDoN https://t.co/uzKKoTT7sT

Matt and Nick Jackson decided to go in for the kill and delivered four BTE Triggers to the former AEW world champion.

The rivalry between the two teams originates from the feud between Moxley and Kenny Omega in late 2020 and early 2021.

Omega turned heel and beat Moxley for the AEW World Championship in December, and in the weeks and months that followed, he surrounded himself with a stable of friends that included The Young Bucks, The Good Brothers, Michael Nakazawa and Don Callis.

Kingston was introduced into the mix at Revolution when Moxley faced Omega in an Exploding Barbed Wire deathmatch. The Cleaner was victorious thanks to interference from Doc Gallows and Karl Anderson, and they left Mox in the ring while the countdown to the explosion started.

The special effects turned out to be underwhelming, but the contest did produce one positive in the form of Kingston running down to save his friend, thus putting their issues behind them.

While the Bucks were initially reluctant to go all-in with their support of Omega, primarily because of their problems with Callis, they eventually made it clear they were 100 percent committed to The Elite.

On the April 7 edition of Dynamite, Moxley teamed with The Young Bucks against Omega and The Good Brothers, but the Jacksons showed their allegiance to Omega by turning on Mox and hitting him with multiple superkicks.

With that, Moxley and Kingston set their sights on them and the AEW World Tag Team Championships.

Moxley and Kingston scored multiple victories as a team on AEW Dark and AEW Dark: Elevation, plus they beat Omega and Nakazawa, as well as The Acclaimed on separate episodes of Dynamite.

The Bucks had a successful title defense over The Varsity Blonds on the May 19 edition of Dynamite, but Moxley and Kingston attacked them afterward, which led to the match becoming official for the PPV.

The Young Bucks managed to get the last laugh, though, as they retained at Double or Nothing and extended their 200-plus-day reign.

Listen to Ring Rust Radio for all of the hot wrestling topics. Catch the latest episode in the player below (warning: some language NSFW). 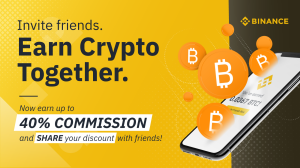